GAM Investments’ Richard Briggs, Investment Manager in the Emerging Markets Fixed Income team, joined GAM in 2020, bringing with him expertise in economics and emerging market credit and something of an “entrepreneurial” mindset.

Richard’s entrepreneurial mindset was on display from a young age. As a teenager growing up on the west coast of Scotland, Richard created a successful e-commerce shop on eBay before discovering his aptitude for economics during his undergraduate degree at Strathclyde Business School, Glasgow. A masters in financial economics followed and a focus on emerging markets (EM) came through a natural progression of events.

“I spent my first two summers at university travelling overland across Asia with my now wife. Those trips drove a deep interest in understanding more about economic development given the sharp contrasts in different countries we visited. We spent most of those trips using local travel, mainly buses and trains, having planned it roughly before we left and had an amazing time seeing some of the world, from scuba diving in Malaysia and seeing orangutans in Indonesia, to travelling on trains across China and much more.” 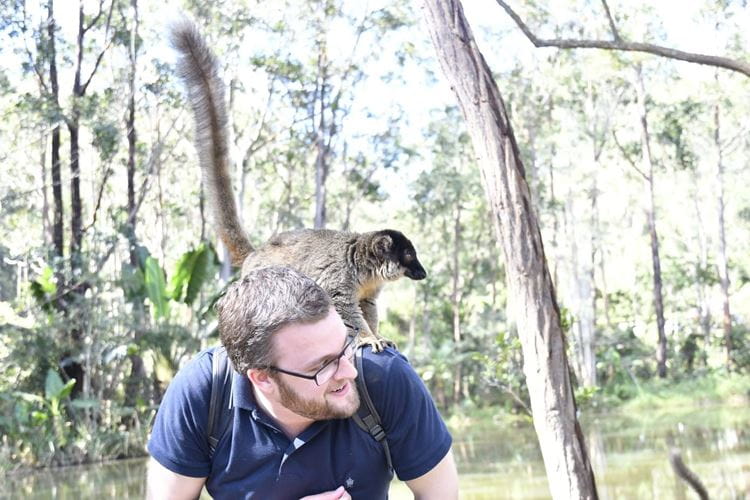 After leaving university, Richard started his career as an economist focused on EM Asia at one of the oldest and largest investment trusts in the UK. Here he could put everything he had learned at university into practice and began broadening his knowledge and skillset. After a year and a half working there, Richard decided he wanted to be more directly involved in making investment recommendations and moved to London to work at a leading independent credit research firm, CreditSights.

A move to London and into EM credit

After a short period focused on European credit, he began building up the firm’s EM sovereign credit research and strategy. “When I started there wasn’t much in the way of EM credit research, so I asked if I could focus on building an EM credit product.” Richard effectively built the product from scratch, working closely with others including the chief European strategist.

“I spent seven years at CreditSights, it was a great learning environment.” This time, he says, entailed not only understanding exactly what clients want from this kind of product, but gave him exposure to the investment processes of portfolio managers, giving him a concrete view into what worked and did not. “I spent a lot of my time looking at things carefully, and in turn gained an in-depth understanding of how credit markets operate. The advantage of working in a research firm was I could learn a lot about the pitfalls and learn some tough lessons in credit before being directly in a portfolio management role.” Recently, Richard decided solely making recommendations to clients was not enough, leading to his role as a fund manager here at GAM.

Evidently, Richard’s time at CreditSights has given him a good grounding enabling him to be a great addition to our EM debt team. His wealth of knowledge in researching credit fundamentals has proven invaluable. He is enjoying being able to deploy his findings himself and speaks highly of this new environment: “It’s a great team; everyone communicates well, we all bring our own skills and expertise, conversation is going constantly. It’s been very easy to fit in and contribute.”

The investment process for EM hard currency bonds at GAM focuses on using the deep macro expertise in the EM debt team to drive top-down views. This is coupled with in-depth standalone research on each of the credits to assist with credit selection. “The fundamentally-driven process is particularly focused on high yield (HY); where alpha tends to be highest. I research the credits country by country looking at both valuations and fundamentals. Generally, some of the best returns can be in idiosyncratic situations which the market has missed.”

In Richard’s view, recent times have been extremely interesting in terms of EM debt; the global pandemic has laid bare some of the credits which were vulnerable to distress, of which there has obviously been quite a lot, but most of those credits were already weak prior to the pandemic leaving them exposed when conditions turned. Looking ahead, many of the uncertainties have been removed (such as the US elections and the increased likelihood of effective vaccines) but still many sovereigns remain fragile. He believes a name by name process, focusing on high conviction views, is the right approach in the current environment.

2020 was a strange year for everyone, and Richard started at GAM amid the pandemic in May last year working from home; he feels that in some ways it has worked well. “I was wary, but the EM team, whether in the office or not, has continued to communicate continuously.” He does note that it has taken some adjustment. “Initially working from home can seem daunting, and while I don’t think I’d choose it five days a week, with adjustments, working from home can, for many parts of the job, be very effective; in some ways more effective if you adapt how you manage that time.”

Away from the day job, Richard likes to prioritise spending time with family, particularly with his young son Charlie and wife Emma, who he says, keep him on his toes. “We’ve spent a lot more time together in lockdown which has been lovely but has also meant I’m keeping very busy! I love baking and getting involved in everything we’re doing around the house. Like the rest of the nation we’ve baked a number of things this lockdown from bread, a first attempt at making chocolate babka to this picture showing us making gingerbread in November. This was Charlie’s first-time making gingerbread and he’s been campaigning to do it again since.”

Richard also enjoys cooking, gardening or sitting down to a movie while winding down from the often-all-consuming world of EM credit. “I love cooking for friends and particularly enjoy putting together a big spread when we have the chance to have folk round. Travelling is also something I love doing but something I have done less of lately with the global pandemic. I visited Ukraine and Turkey for work in early 2020 just as Covid-19 was accelerating, it really was surreal as restrictions were accelerating. I’m really looking forward to getting on a plane again both for work and with family in 2021 as things return to normal.” 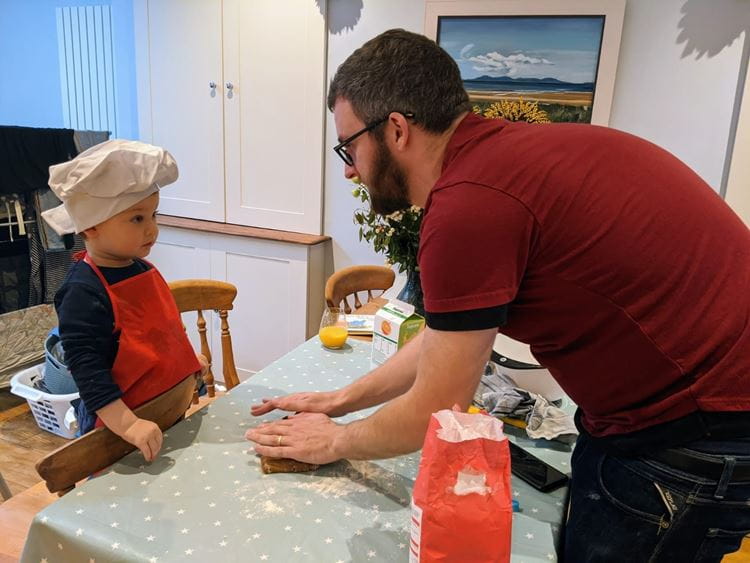 When asked for his long-term outlook for EM debt, Richard is optimistic for the future. He strongly believes EM credit will always find favour with fixed income investors. “Top down macro-driven analysis remains highly important to generate outperformance within EM credit, but I think a big thing that has been missing is enough of a focus on fundamentals; fundamentals have largely been neglected in EM sovereign credit investing in recent decades. Name selection is what matters here and HY can offer a solid premium but getting the issuer selection right is the way to both generate upside and, just as importantly, protect from downside risk. I think we’re in a good place for the future.”

Important legal information
The information in this document is given for information purposes only and does not qualify as investment advice. Opinions and assessments contained in this document may change and reflect the point of view of GAM in the current economic environment. No liability shall be accepted for the accuracy and completeness of the information. Past performance is no indicator for the current or future development. Reference to a security is not a recommendation to buy or sell that security.

The Disruptive Strategist – Food as software