Prior to joining GAM in May 2009, Mr Owens was at Julius Baer Investments Limited and was based in its New York office from 2001 until 2002, where he oversaw the US fixed income funds. Upon his return to London, he worked as co-head of the company's fixed income investments before launching an in-house fixed income and currency-based hedge fund in January 2004. Prior to that, Mr Owens was the European economist at Yamaichi International (Europe). He spent the early part of his career working as an economist for the UK Department of Employment and then HM Treasury. Mr Owens holds a Masters in Economics from McGill University, Montreal. He is based in London. 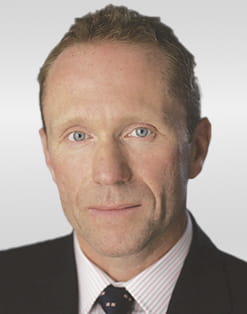 Central bankers are looking to the future and how current policy is likely to impact future inflation. In terms of action to date, the Federal Reserve (Fed) has done more, having hiked rates by 375 bps at the time of writing, while the Bank of England (BoE) has raised rates by 290 bps.

You go your way and I’ll go mine

Earlier this month, Federal Reserve (Fed) Governor Jerome Powell said that US interest rates may need to rise by more than is currently priced by the market. In contrast, Bank of England Governor Andrew Bailey was explicit in stating that official interest rates in the UK were unlikely to rise as much as the market was expecting – despite, in his words, perhaps the largest upside risks to inflation in the Monetary Policy Committee’s (MPC) history.

At GAM Investments’ latest Active Thinking forum, Adrian Owens discussed his expectations for inflation and monetary policy over the remainder of the year, with a focus on the US, Japan and the UK.

At GAM Investments’ latest active thinking forum, both David Dowsett and Adrian Owens discuss the knock-on effects of persistent inflation on markets and where investors might seek respite.

Adrian Owens sees central bank tightening having an impact but will be looking for signs the US labour market is softening and core inflation has peaked in Q4.