Dr. John Seo is co-founder and a managing director of Fermat Capital.

John has over 26 years of fixed income, FX options, and interest-rate-derivatives structuring and trading experience. Prior to forming Fermat Capital with his brother Nelson in 2001, John was head insurance-risk trader at Lehman Brothers, an officer of Lehman Re Limited and a state-appointed advisor to the Florida Hurricane Catastrophe Fund. John's work in catastrophe bonds was featured in a Michael Lewis' cover article for the New York Times Magazine ("In Nature's Casino", 26 Aug 2007). John has testified as an expert witness on alternative risk-transfer markets before the U.S. Congress and in 2015 was appointed to the Advisory Committee on Risk-Sharing Mechanisms (ACRSM) by the U.S. Department of the Treasury. John received a Ph.D. in biophysics from Harvard University (1991) and a B.S. in physics from M.I.T. (1988). He is based in Connecticut. 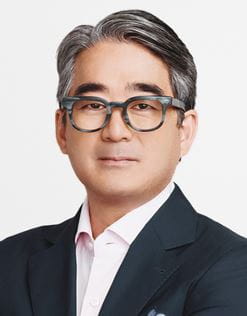 Catastrophe (cat) bonds and insurance-linked securities (ILS) experienced a tremendous amount of spread widening in 2022, setting up for what we think could be the best investment environment in the history of the ILS market for 2023.

Faced with a challenging investment environment, we asked five of GAM Investments’ and our partner firms’ brightest investment minds to share their views on how to protect returns and diversify portfolio risks in a world of surging inflation and rising interest rates.